In the midst of the Crimean crisis, a special adviser to the UK House of Commons Defence Committee had a suggestion for Kiev – to lay mines in Sevastopol Bay, leaked documents have revealed.

“I am trying to get this message across” to Kiev, reads a leaked document purporting to show the strategy that Christopher Donnelly, who was a Special Adviser to the UK House of Commons Defence Committee, recommends.

The documents, leaked by a group which claims to be associated with the Anonymous hackers, purport to indicate that Donnelly had drafted “military measures” that he would implement if he, personally was “in charge.” The documents are allegedly dated March 01, 2014, when the Crimean crisis was in full swing. 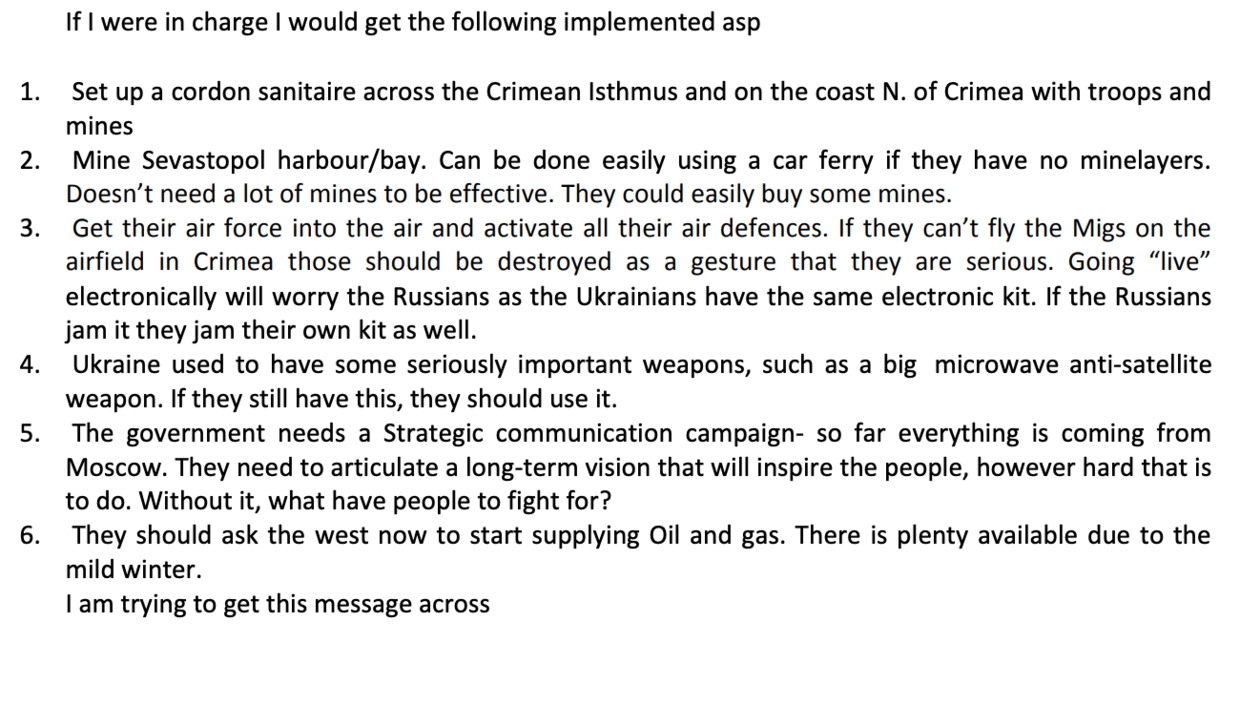