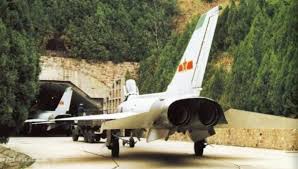 A nuclear bunker for China’s top leadership, their subordinates, troops and staff is built within the world’s most deeply buried limestone karst caves that extend more than 2km underground, beneath an unusually thick, hard layer of rock, a geological survey has found.

It is not known when either the command centre or the bunker was built but according to state media reports, work began on them decades ago and they have had major upgrades in recent years.

The command centre is referred to as the “brain” of the People’s Liberation Army because it is where all military decisions are made. Its daily operations include analysing military intelligence, monitoring activities across China’s five “battle zones” and issuing orders to military operations at home and abroad, according to state media reports.