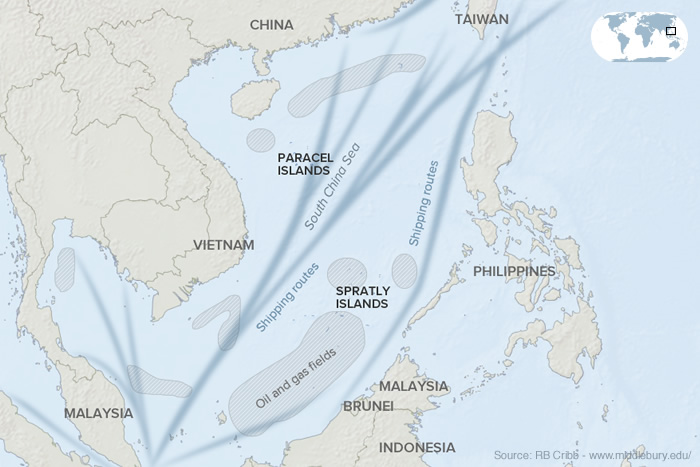 A Chinese general who vowed to fight for Beijing’s sovereignty in the South China Sea has raised the territorial dispute during high-level talks with Defence officials in Canberra.

Earlier this year, General Wang was placed in charge of the PLA’s Southern Theatre Command, which takes in the strategically important South China Sea region.

In February, he warned that China was capable of fighting to defend its sovereignty in the waterway — a crucial international trade route.

“The military will be capable of dealing with any security threat,” General Wang was quoted as saying in China’s People’s Daily.

“No country will be allowed to use any excuse or action to threaten China’s sovereignty and safety.”