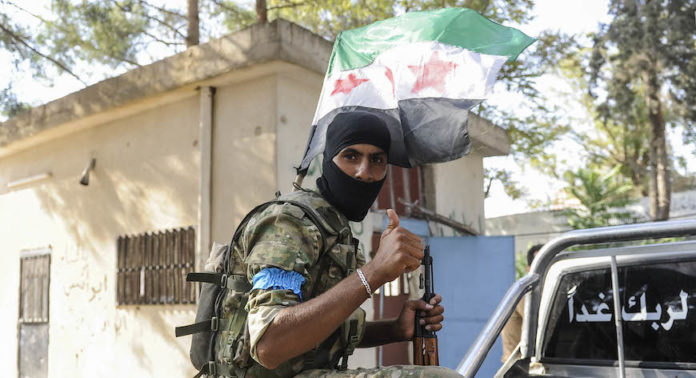 In the past 24 hours, Turkish-backed rebel factions fighting under the banner of the Free Syrian Army (FSA) have captured seven fomerly ISIS-held villages in the countryside of northeastern Aleppo.

During clashes for the aforementioned villages, a FSA spokesman said 1 rebel fighter was killed and 8 more wounded. On the other hand, he claimed 24 ISIS militants were killed. The spokesman also stressed that the US-led coalition conducted seven airstrikes on Sunday in support of the rebel advance.

The Turkish-backed offensive, dubbed ‘Operation Euphrates Shield’ saw rebel forces funnelled across the border by Turkey in late August 2016 during a major military campaign which aimed at establishing a Turkish buffer-zone in Syria and saw rebel fighters clash with both ISIS and the US-backed Syrian Democratic Forces (SDF).

The Kurdish-led SDF remains hostile to the FSA and has also vowed to capture al-Bab in a military move that would connect two Kurdish-held enclaves in northern Syria. At the moment, the nearest SDF forward units are 15 kilometers west of Al-Bab.