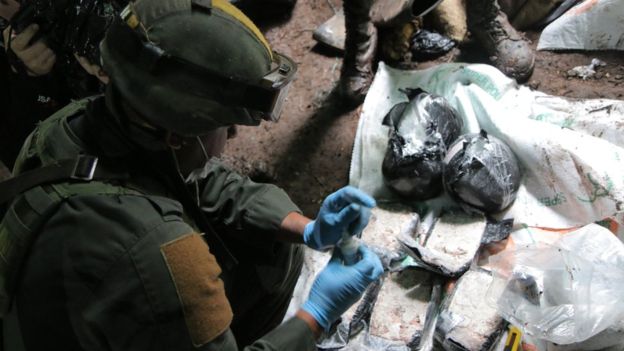 Unknown to most people, the UK has been deeply involved in helping successive Colombian governments in several areas. The relationship runs far deeper than just the annual £1bn ($1.22bn) of bilateral trade.

In the mid-1980s, Britain’s Special Air Service (SAS) helped set up Colombia’s own special forces, seconding advisers to the country who worked closely with the Colombians, often in remote jungle outposts, training them in patrolling, ambush, counter-ambush and surveillance…

In counter-narcotics, the UK has long sought to tackle the problem upstream, before Colombian coke can reach these shores. The Serious Organised Crime Agency (SOCA), as the predecessors to the National Crime Agency (NCA), worked closely with their Colombian counterparts, seconding armed agents to the capital, Bogota, Medellin and other cities.

Today the NCA says it “works with a number of Colombian departments, including the national police and the office of the attorney general… to reduce the threat to the UK from the cocaine trade as well as money laundering and other organised crime”.

And then there is the Secret Intelligence Service (SIS), better known as MI6.