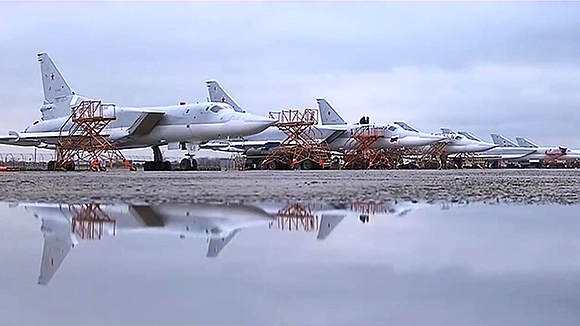 The Russian Aerospace Forces are in the process of setting up a new long-range Heavy Bomber Division in Russia’s Far East to patrol the Pacific Ocean inside the Japan-Hawaii-Guam triangle, the Russian Ministry of Defense announced last week, according to local media report.

“The formation of the division is almost complete now. It consists of several squadrons of long-distance bombers deployed in the Eastern and Central military districts,” an unnamed senior Russian defense official told Izvestia. The new bomber division will be based at Belaya and Ukrainka, in eastern Siberia.

The division will be composed of several dozen Tu-95MS strategic missile bombers and Tu-22M3 long-range bombers.