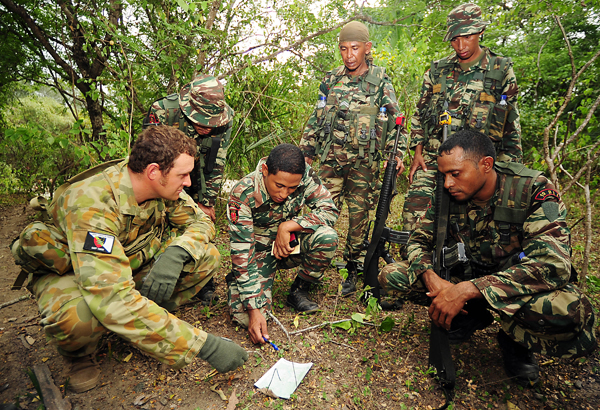 Military officials from New Zealand, Australia, Malaysia, Singapore and Britain are holding exercises in the South China Sea this month in the latest display of force aimed at telling Beijing to back off on its claims to the disputed territory, one of the world’s most important shipping routes.

The three-week, multinational exercise known as “Exercise Bersama Lima” will include navy, army and air force servicemen from the participating nations. Officials said the event organized by Singapore is aimed at regional security and disaster relief support,according to media reports.

The countries make up the Five Power Defense Arrangements military pact, which requires members to consult each other and take action if there is an armed attack on Malaysia or Singapore.

Indonesia’s armed forced also plan to hold large scale military exercises this month with all of its three service branches in the Natuna Islands region in the South China Sea.

Growing tensions between China and its neighboring nations, which are backed up by the U.S., have sparked concern about a looming conflict in the region over the disputed waterway.